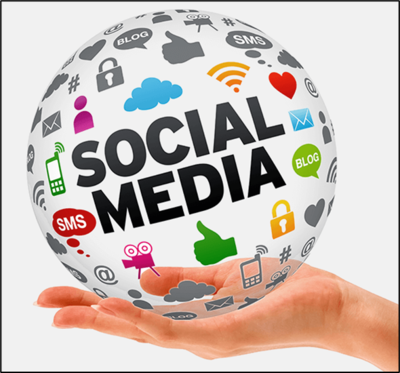 Impending doom looked foreseeable with Elon Musk’s $44 billion acquisition of Twitter and began to show early on even before the billionaire completed his purchase.  From the daily tit-for-tat on his Twitter acquisition stance, it became apparent to some that that Musk’s indecisive nature foretold an ominous future for Twitter.  However, the actual chaos ensued just hours after Musk became the largest stakeholder in the bird app.  From his plan to grant a “blue tick” verification symbol to anyone paying $8 a month, to threats of 3,700 layoffs at Twitter (almost half of its employees), Elon Musk seems to be determinedly speed-running the app’s change and some believe its demise.

Below is an editorial piece from HackRead on Twitter.  HackRead looks at all the current controversies surrounding Elon Musk’s ownership of Twitter.

Immediately after completing his purchase, Elon Musk fired Twitter’s chief executive and top managers including CEO Parag Agrawal, CFO Ned Segal, and legal affairs and policy chief Vijaya Gadde.  Since then, more executives chose to resign or were let go and this was only the beginning of half of Twitter employees being laid off without a requisite notice.  The company dismissed people across multiple departments including human rights, machine learning ethics, transparency and accountability, advertising, marketing, communications, engineering, and curation.[1]

Now, however, certain employees have been asked to return as they were laid off “by mistake.”  Clearly, the company realized that a lot of the people laid off possessed the talents needed to keep the platform running smoothly and to work on features envisioned by Musk.

According to tweets from a former employee, numerous people already working on features such as attaching long-form texts to tweets and a new version of TweetDeck were fired in what can be seen as a classic Musk move.  By setting tight deadlines on the feature rollouts, he made it very difficult for the remaining employees to get the work done on time, hence necessitating the return of previously fired employees.  The laid-off employees took their justified anger to Blind, an anonymous community app for the workplace, where they shared their opinions on Twitter’s future, flooding the app with bad reviews.  One poster who described themself as an engineering manager said on Wednesday:  “Brutalist decision-maker at the helm.  Emergency-driven work is exciting for those who like thrills.  Pay is no longer tied to the stock market fluctuations.”  The anonymous poster, who gave Twitter a two-star rating, added: “The absolute and swift destruction of a compassionate, human-first corporate culture is leaving Tweeps feeling like we’ve lost our family.”

While some resorted to typing out their resentment, others demanded justice through a different medium.  Last week, several former Twitter employees filed a class action lawsuit against the company for not providing adequate notice before dismissing them from their jobs.  Worker protection laws such as the Federal Worker Adjustment and Retraining Notification Act as well as the California WARN Act require 60 days of advance notice before a mass layoff.  Moreover, another media source reported stated that according to an internal benefits summary, Twitter workers are typically paid at least two months’ salary and the cash value of the equity they were scheduled to receive within three months of a layoff.

Facebook parent Meta is slated to lay off 11,000 people, which is about 13% of its workforce, as it contends with falling revenue and wider tech industry woes, said CEO Mark Zuckerberg said in a letter to employees on 8 November.  The move comes just a week after widespread layoffs at Twitter under its new owner.  Meta, like other social media companies, enjoyed a financial boost during the pandemic lockdown era because more people stayed home and scrolled on their phones and computers.  But as the lockdowns ended and people started going outside again, revenue growth began to fade.[2]

An economic slowdown and a grim outlook for online advertising, by far Meta's biggest revenue source, have contributed to Meta's woes.  This summer, Meta posted its first quarterly revenue decline in its history, followed by another, bigger decline in the fall.  Some of the pain is company-specific, while some is tied to broader economic and technological forces.

Meta has worried investors by pouring over $10 billion a year into the "metaverse" as it shifts its focus away from social media.  Zuckerberg predicts the metaverse, an immersive digital universe, will eventually replace smartphones as the primary way people use technology.  Meta and its advertisers are bracing for a potential recession. There's also the challenge of Apple's privacy tools, which make it more difficult for social media platforms like Facebook, Instagram and Snap to track people without their consent and target ads to them.

Competition from TikTok is also a growing threat as younger people flock to the video-sharing app over Instagram, which Meta also owns.  In a cautionary note: the Communist China Party (CCP) oversees all businesses in China, to include TikTok.

Red Sky Alliance offer Dark Web investigation services that can be found at: