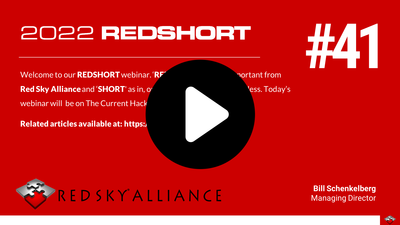 We will be discussing Trending Hacker Profiles. We will talk with Jason Sgro, Atom Group's senior partner. The largest incident response and privately held cyber intelligence company in New Hampshire. The discussion will include ransomware-as-a-servi 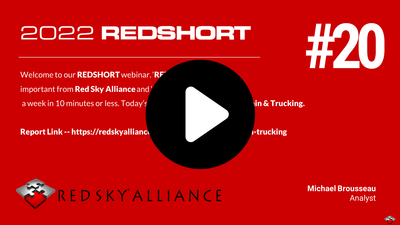 Supply Chain & Trucking: The reality is that the supply chain creates an enormous attack surface area for malicious actors to target. Sophisticated attack techniques have been employed by attackers in the past, however, a reliance on social engineeri 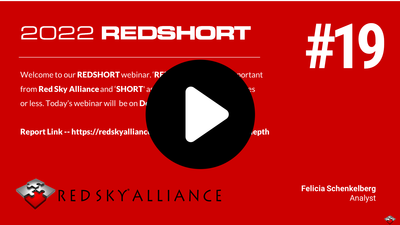 Defense-in-Depth Strategy: Multiple defensive barriers to impede hacker/attacker from reaching a specific position within your network. The basic idea behind this defense strategy is to block the attacker as much as possible, with multiple levels of 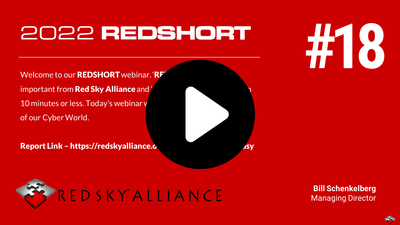 The Dubious Morals & Ethics of Cyber: Two White hat hackers recently won $40,000 for cracking a system used by most major industrial companies. The hack focused on the systems used to manage our numerous power grids in the US and actually used in man 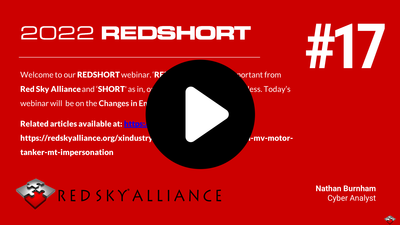 Yes, the Emotet botnet is still with us! The malware Emotet continues its resurgence and gets stronger every day. It started recreating itself last November and now has a greater distribution via phishing campaigns that began in January 2022. Updates 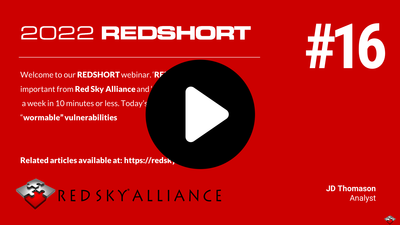 Worm Days Ahead. In this REDSHORT we will be taking some inspiration from the most recent security updates from Microsoft. Given that this update covers over 100 CVEs across dozens of Microsoft products, this is arguably the most abundant set of upda 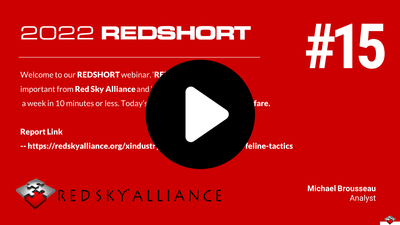 Hive Ransomware: Recent Discoveries and Novel Obfuscation Methods In this REDSHORT we are going to look at some of the changes Hive Ransomware has implemented including adaptations inspired by BlackCat Ransomware. We will also discuss recent discover 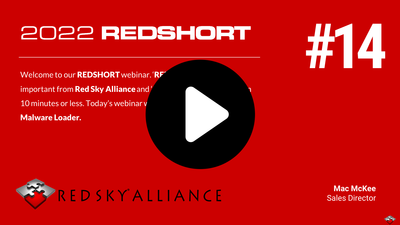 Verbicon loader is being used for ransomware & espionage campaigns. A new and unidentified threat actor has been observed employing a "complex and powerful" malware loader with the ultimate objective of deploying cryptocurrency miners on compromised 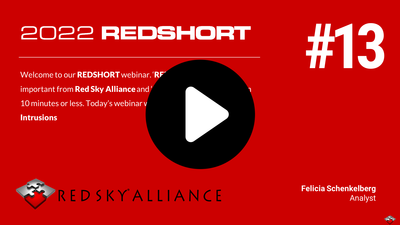 Did you know a whitelist works better than your blacklist? Detect computer intrusions after you have gone through all of the company's preventive security technologies. Many preventive technologies, such as firewalls, rely on blacklisting, which is w 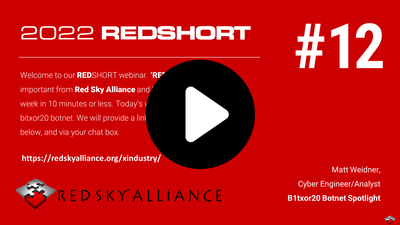 A close look at the new botnet family named B1txor20. A backdoor aimed at the Linux platform, which uses DNS Tunnel technology to build C2 communication channels. In addition to the traditional backdoor functions, B1txor20 also has functions such as 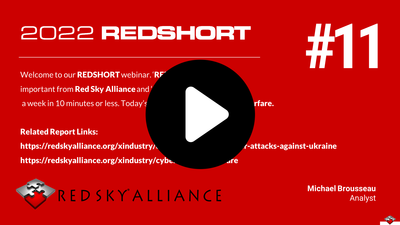 Officials from Ukraine's defense ministry last week approached a Ukrainian businessman and a local cybersecurity expert to help organize a unit of cyber hackers to defend against Russia. As news continues to break about the ongoing crisis in Western 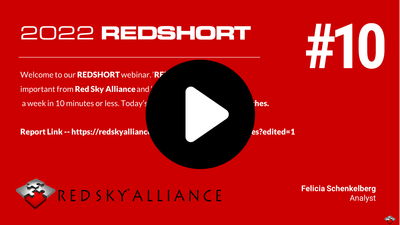 Our personal records are packaged with the records from tens of thousands of other individuals. For example, over a billion Facebook users have had data sold on the dark web. Zoom too, last month joined a long list of companies whose user data, over 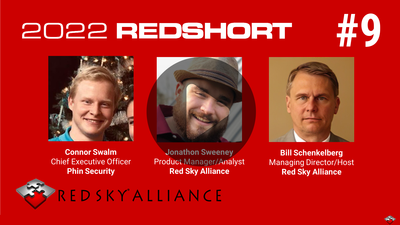 This week's REDSHORT panel webinar will be a panel discussion,  What Keeps CISA Awake at Night. Join us to hear Richard Rossi (CSA) from the New Hampshire CISA agency share incites on cyber topics he deals with at CISA. 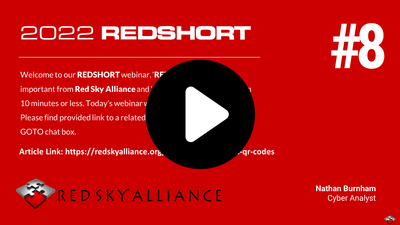 Coinbase says its Super Bowl ad sent over 20 million hits to the company’s website. Security experts and cryptocurrency users worry scammers will try to exploit the technique by using spoofed QR codes that lead unsuspecting users to a look-alike webs 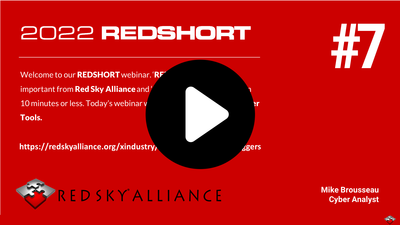 Has HawkEye fallen out of favor with attackers? Has the Snake keylogger malware become the go-to keylogger and credential stealer in 2022?   Join us on our webinar to find out more. 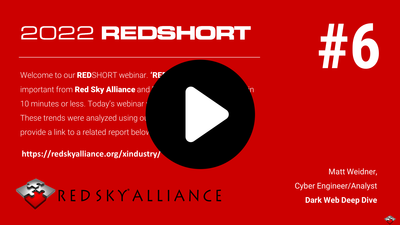 The collaboration between ransomware groups that started in Q4 of 2021 will continue in 2022. The RAMP ransomware-focused forum has provided a perfect platform for ransomware groups to share ideas and exploits.   Join us on our webinar to find out mo 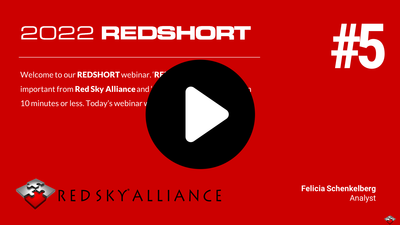 Bad actors continue to capitalize on the widening gaps in endpoint security that all organizations are experiencing. CISOs have reevaluated their security policies in response to the support needed for work-from-home (WFH) and virtual teams, with end 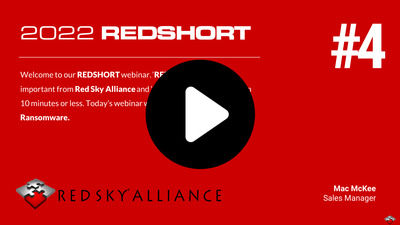 The financially-motivated FIN8 actor, recently deployed a December attack against a local US bank using a never-before-seen ransomware strain called "White Rabbit".  Join us on our webinar to find out more. 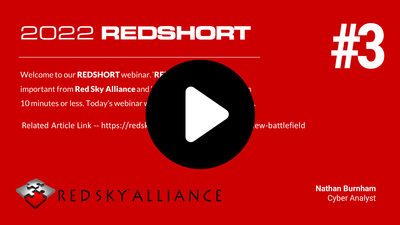 Ukrainian police officers have arrested a ransomware affiliate group responsible for attacking at least 50 companies in the U.S. and Europe. The suspects face criminal charges relevant to money laundering, interference in computers and networks, and

Register for our LIVE REDSHORT webinars and never miss our weekly broadcast. RED' as in something important from Red Sky Alliance and 'SHORT' as in 10 minutes or less. We will cover highlights of trending topics, Trending Cyber Indicators, and include a link to a report.