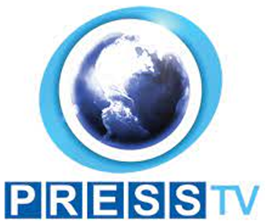 The US has seized the domains of 36 websites linked with Iran and Iraq for allegedly publishing disinformation and running malicious influencing campaigns targeting Americans, the Justice Department says.  Thirty-three of the websites belong to the Iranian Islamic Radio and Television Union, or IRTVU, and three belong to Kata’ib Hizballah, or KH, a paramilitary group based in Iraq.  KH has been designated as a foreign terrorist organization since 2009, and IRTVU was put under sanctions in October 2020, the US Department of Justice (DOJ) says.   Both organizations failed to get a license, as required under sanctions, from the Office of Foreign Assets Control before purchasing domain names from US companies, authorities say.

The Fars News Agency, Iran's semi-official news outlet, called the seizures "a flagrant violation of the freedom of the press."  IRTVU was put under sanctions on 22 October 2020, just a day after the FBI accused Iran of pushing misinformation, targeting US voters and attempting to damage trust in the US election system.

Earlier that same month, the DOJ said it seized 92 domain names tied to Iran’s Islamic Revolutionary Guard Corps.  The department alleged the domain names were involved in a global misinformation campaign to spread Iranian propaganda.  That investigation, which started with a tip from Google, also involved Twitter and Facebook, a DOJ spokesman stated.

The version of the sites that were affected were top-level domains such as ".com," ".net." and ".org," whose administrators are US entities.  Press TV, which wrote a story about the seizure of the sites, says its site can continue to be accessed using the ".ir," ".tv" and ".co.uk" versions, which are country-code top-level domains.   Some of the affected websites and news outlets have faced suspensions or prior bans.  Twitter suspended al-Masirah's account, which was run by Yemen's Iran-backed Houthi militia, in October 2020.  The notices state the websites have been seized by the US government in accordance with a warrant.  The seizures were carried out by the Bureau of Industry and Security, the Office of Export Enforcement and the FBI.

Iran, as well as Russia, have frequently seen cleanouts of content on social media platforms for violating terms of service and allegedly pushing propaganda.  Google and Facebook have increased their efforts over the years to remove channels and groups dedicated to misinformation.[1]

Press TV alleged in a news story about the latest US seizure that Google "has recurrently taken on Press TV more than any other Iranian outlet given the expanse of its viewership and readership."  Press TV says that Google suspended its YouTube channel for the seventh time in March 2021 due to violations of community guidelines. Facebook took the same step, Press TV writes.  Its Facebook page, however, was "reinstated a few days later."

In August 2018, Google suspended 39 YouTube channels, six blogging sites on Blogger and 13 Google+ accounts that it alleged had disguised connections to Iranian broadcasting outlets.  Around the same time, Facebook said it removed 652 pages and groups related to government-run campaigns linked to Iran and Russia.