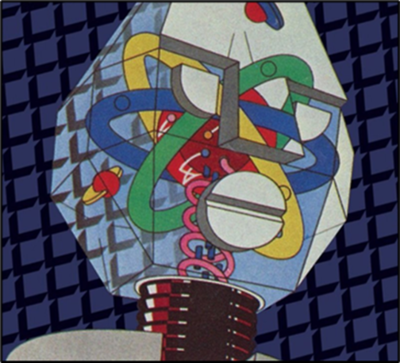 Now enter the engineers from Google, they have unveiled a new approach to using large language models (LLMs) that shows how robots can write their own code on the basis of instructions from humans.  The latest work builds on Google's PaLM-SayCan model for robots to understand open-ended prompts from humans and respond reasonably and safely in a physical space.  It also builds on OpenAI's GPT-3 LLM and related work in automated code completion, like GitHub's Copilot feature.[1]

"What if when given instructions from people, robots could autonomously write their own code to interact with the world?" said Google's researchers.  The latest generation of language models, such as PaLM, are capable of complex reasoning and have also been trained on millions of lines of code, Google said.  "Given natural language instructions, current language models are highly proficient at writing not only generic code but, as we've discovered, code that can control robot actions as well."

In the examples given, a user would say "stack the blocks on the empty bowl" or "put the blocks in a horizontal line near the top" of a square 2D perimeter.  Google's language model generated programs then write the code in Python to accurately instruct the robot to follow the spoken commands.  It relies on the structure of Python programming but also makes use of libraries like Shapely, in that case for spatial-geometric reasoning.

The improvement Google is claiming is that language models can be better for this task than directly learning robot tasks and outputting natural language actions.   "CaP extends our prior work, PaLM-SayCan, by enabling language models to complete even more complex robotic tasks with the full expression of general-purpose Python code. With CaP, we propose using language models to directly write robot code through few-shot prompting," Google Research notes.

Besides generalizing to new instructions, Google says the models can translate precise values, such as velocities, based on ambiguous descriptions such as "faster" or "to the left".  CaP also supports instructions with non-English languages and even emojis.  While the model can write code that instructs a robot to push different colored blocks to the top of a 2D square, it can't translate more complex instructions like "build a house with the blocks" because it has no 3D references, according to Google.

It also warns that, while CaP gives robots additional flexibility, this also "raises potential risks since synthesized programs (unless manually checked per runtime) may result in unintended behaviors with physical hardware."  Just like with people and animals, robots learn even more when there is a reinforcement system.  Operant conditioning teaches people and animals through reinforcing correct behavior and penalizing incorrect behavior.  Researchers have applied the same process to robots, in a popular machine learning technique called “reinforcement learning.”   Can robots learn right from wrong, only the future will show us.