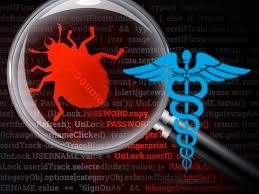 Encryption is a valuable partner in maintaining privacy.  Encryption keeps our data safe from unwanted guests.  It stops people from robbing our valuable credit card details, our app usage habits, and our passwords.  While this is the answer for those with privacy concerns, IT teams will face a massive influx of traffic that they cannot look inside without decryption technology.  This means encryption brings a bit of a double-edged sword because cyber threat actors can use it too.  Encryption can hide malware just as well as it can hide your own confidences.  Encryption is great yet has opened other challenges (i.e. Trojans, and viruses) for IT teams.  Future malware campaigns may use some type of encryption to conceal delivery, command/control activity or data exfiltration.

The fact that attackers hide malware inside encrypted traffic is not a new revelation.  But of note, this practice has spiked recently due in part to the shift to remote work in the COVID-19 pandemic.  Researchers from Zscaler analyzed attack data gathered from customers of the company's cloud security platform between January and September 2020.  The security vendor discovered a 260% increase over 2019 in the number of encrypted attacks that it handles per month.

In the first nine months of 2020, Zscaler's cloud blocked an average of 773 million attacks per month where malware was hidden in encrypted traffic.  During 2019, that number was around 283 million.  In the same time frame, researchers blocked some 6.6 billion encrypted attacks.  Adding to the problem, ransomware attacks delivered via SSL/TLS channels soared 500% between March and September, with a margin of the attacks at 40.5% that targeted telecommunication and technology companies.

Healthcare organizations were targeted much more than entities in other verticals and accounted for 1.6 billion, or over 25%, of all SSL-based attacks Zscaler blocked in 2020.  Finance and insurance companies totaled in 2nd place with 1.2 billion or 18% of attacks blocked, and manufacturing organizations were the 3rd most targeted, with 1.1 billion attacks directed against them.

The CISO and vice president of at Zscaler, says the trend shows why security groups need to be wary of encrypted traffic traversing their networks.  While many organizations routinely encrypt traffic as part of their security best practices, fewer are inspecting it for threats.  "Most users assume that encrypted traffic means safe traffic, but that is unfortunately not the case," said Zscaler.  "That false sense of security can create risk when organizations allow encrypted traffic to go uninspected."

Zscaler's analysis showed an in an increase in SSL/TLS based attacks delivered through trusted cloud storage services such as Google, AWS, Dropbox, and OneDrive.  In many of these attacks, cybercriminals hosted malicious content on these services and then lured users to the content via phishing emails and other social engineering methods.  Some 30% of all SSL/TLS-based attacks that Zscaler blocked in the first nine months of 2020, double the number from 2019 involved the use of such trusted services.

Attackers have been using encrypted traffic to hide malware for some time.  The large-scale pandemic-related shift to remote work and the resulting increase in the use of cloud-based collaboration this year has heightened this practice.

The installation, updating, and monitoring of firewalls, cybersecurity and proper employee training are keys to blocking attacks.   Yet employing underground search to proactively stop attacks, is additionally important and a great support feature.  Please feel free to contact our analyst team for research assistance and proactive Cyber Threat Analysis on your organization.

Red Sky Alliance has been analyzing and documenting cyber threats and vulnerabilities for over 9 years and maintains a resource library of malware and cyber actor reports.

Red Sky Alliance is a cyber Threat Analysis and Intelligence Service organization.  For questions, comments, or assistance, please contact the lab directly at 1-844-492-7225, or feedback@wapacklabs.com