The new 2020 decade started with many twists and turns inside the Geo-Political (GEOPOL) World; specifically, the current Iran / US escalation of tensions and associated US sanctions.  This has raised cyber concerns with international governments and private sectors alike.  Researchers are providing various “warnings” to keep in mind when dealing with international political, business affairs, and hybrid terrorism.  The new attack phenomenon is the convergence of physical and cyber-attacks.

Reciprocal Terror Attacks (Physical and Cyber, separate or in combination)

Many subversive groups bent on terrorist actions often respond to their perceived negative responses in a revengeful way.  Years before Iran Quds Force General Soleimani met his fate; revenge messages cutting across ideologies regularly circulate through online extremist messaging.  These messages were seen as how terrorists justify their malicious actions and often slipup by revealing their hackers TTPs motivated by hate.  This retaliatory hatred repeats robotic quotes that mimic their avenging causes.  Notable GEOPOL events are used by terror leaders or propagandists to stir up aspiring operatives and motivate them to conduct revenge cyber-attacks.

Examples of on-line motivation propaganda was during 2017, Osama bin Laden’s son Hamza encouraged millennial revenge for his father’s 2011 death: “I invite Muslims generally to take revenge on the Americans, the murderers of the Sheikh, specifically from those who participated in this heinous crime.”  Last year, neo-Nazi meme circulated last fall bearing a photo of the 1993 Waco siege with the words “and we did fucking nothing.”   ISIS in West Africa claimed that a 26 December 2019 video showing the murder of 11 kidnapped Nigerian Christians was revenge for the death of self-proclaimed caliph Abu Bakr al-Baghdadi.

These type terrorists have little connection to the actual injured party, which increases the complexity of trying to predict how an attack will evolve.  With recent events, the Iranian Ayatollah Khamenei vowed revenge for the targeted killing of General Soleimani, and reportedly wanted a direct attack by Iranian forces rather than leaving it up to “proxies,” but the suggestion to attack is already out in the public.  The Ayatollah hash-tagged it, promising via Twitter that “a #SevereRevenge awaits the criminals who have stained their hands with his & the other martyrs’ blood.” Iran said its limited airstrikes on Iraqi targets would be the extent of their retaliation, yet the “suggestion” top p[proxies to attack the aggressor (the US), is out there.  These attacks will only be a win for Iran. 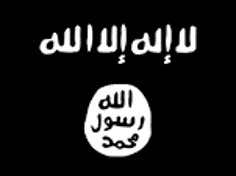 The US has claimed to greatly diminish ISIS activity.  But the movement has not been eliminated.  In the past, Abu Bakr al-Baghdadi instigated aspiring jihadists with a promise of a physical caliphate and terrorist state, that would centralize operations.  The over-arching ISIS strategy and its “just jihad,” which their terminology for homegrown violent extremism, was more widespread.  A new rebirth ISIS vision can spread out across the world in the manner of small cells or individuals who may have never stepped been formally trained in a foreign training camp yet are willing to attack where they were born and bred.  Past examples of this strategy have proven the success of this strategy in numerous countries.  This will be expanded upon.

ISIS has the motive, the means in the form of smuggled finances and loyal global core followers, and they are seizing each opportunity including functioning as an insurgency in their old stomping grounds.  A top Kurdish counterterrorism official recently described the newly reorganized and resurgent ISIS in Iraq as “al-Qaeda on steroids.” This past August, numerous counterterrorism officials briefed the UN Security Council that, ISIS has a support of strong affiliates, i.e.: individually inspired operators who are supported with millions in cash reserves.  There are estimates of up to 30,000 of the original 40,000 foreign fighters in the ranks of ISIS had survived the battles with the Syrian Democratic Forces that brought down the physical caliphate.  Recruitment and attacks in West Africa are increasing at a fast rate, and among thousands of ISIS fighters in Asia, women are increasingly joining the role of jihadist.  These proxy numbers do not count what experts title the “frustrated travelers.”  These individuals are an unknown number of ISIS sympathizers who wanted to journey to Iraq and Syria but for unknown reasons cannot yet have been radicalized and live to fight another day.

ISIS also has a recruitment pool that it is hoping to cultivate into the next generation of fighters.  In its caliphate height, ISIS propaganda placed heavy emphasis on the importance of “cubs” in their growth, and voices from across the counterterrorism spectrum have raised concerns about the future of children detained in poor conditions as their mothers, ISIS wives, hang in suspension waiting for acceptance by their home countries. Circumstances of the ISIS family camps are poised to result in children bolstering “their sense of being, in effect, citizens of the Islamic State, potentially preparing them to form the core of a future resurgence,” warned national security professionals in a 9/11 anniversary open letter.

International media often overlooks the up-tick in violence in Africa, as the Middle East matters historically take the headlines.  Recently, Al Shabaab terrorists made their way toward the Manda Bay military base in Kenya and launched a deadly attack on American forces.

Terror flourishes and escalates when the World neglects to pay proper attention to extremists taking advantage of weaker security situations to set up operations.  Africa is currently that place.  This past summer, citing increasing attacks and terrorist activity in the Sahel and West Africa, UN Secretary-General Antonio Guterres stated that the people of Africa, “are on the front line of efforts to tackle terrorism and the spread of violent extremism,” and the international community needed to urgently step in and help countries buckling under the pressure of increasingly powerful terrorist groups.  In August 2019, UN Under-Secretary-General of the Office of Counter-Terrorism warned the UN Security Council of, “a striking increase in ISIL and al-Qaeda-linked recruitment and violence” in West Africa and called ISIS’ West Africa Province “one of the strongest” affiliates of the terror group.

In 2018, 85 percent of all terror attacks struck the Middle East, South Asia, and Sub-Saharan Africa.  In a recent US State Department’s annual country-by-country terrorism report, a counterterrorism coordinator reported, “Terrorist fighters are always looking for the next battleground… the trendline in the Sahel is discouraging, to say the least.”

Domestic extremism in the US continues to proliferate.  The US DHS’ Homeland Security Advisory Committee noted in its latest report that six of the 67 terror attacks in the US in 2018 were lethal, and “all six of these attacks involved elements of far-right ideologies, primarily white supremacy.” As Brian Levin, a criminologist and director of the Center for the Study of Hate & Extremism at California State University, San Bernardino, told Congress in September 2019, “More people were murdered domestically so far in 2019 by just a handful of white supremacists than all of those killed in the whole of calendar year 2018 in every extremist homicide event.”

White supremacist groups and purveyors of racism and anti-Semitism have found an online base for incitement and recruitment, very similar to ISIS propaganda tactics who honed social media to further their goals of building ranks and inspiring lone terrorists.  This ideology is not unique to just the US, it is being seen in other parts of the World (Europe and New Zealand as recent examples). The DHS framework noted this similarity, adding that “in addition to mainstream social media platforms, white supremacist violent extremists use lesser-known sites like Gab[1], 8chan, and EndChan, as well as encrypted channels” to stoke hate or announce their intentions.

Domestic extremists are also posting memes and metal-soundtrack training-camp videos that echo the stylized violence and call to arms used with devastating effect by ISIS and al-Qaeda.  White supremacist recruitment efforts target children playing multiplayer online games and vulnerable participants in online depression and autism forums.  Some of these gamers have gone to train at white supremist camps in Ukraine and Russia.

Al-Qaeda openly criticized the US Obama administration for not doing enough to combat climate change.  White supremacist groups have mingled core hate messaging with materials promoting clean living or mainstream political slogans.  The Taliban have promoted tree-planting “for the beautification of Earth” and have a Commission for Prevention of Civilian Casualties and Complaints.  As extremist methods and messaging have evolved, terror groups have paid special attention to their need to be palatable and acceptable.  To accomplish and promote their goal, they recruit new members with a more mainstream tone, in this case with the climate change debate.  Using the “green” movement these subversive groups get less pushback from portions of the populace who generally agree with some of their less-extremist promoted messages.

These promotional manipulations try to cloak or soften the core aims of the extremists, which remain unchanged but with greater acceptance or more people turning a blind eye will become a greater threat. Tracking all messaging — the violent, hate-filled, and seemingly innocuous — gives not only an insight into extremist groups’ branding strategies but pinpoints where the group is operating and what new audiences they may be targeting.

The 9-11 events in the US forced law enforcement to secure the symbolic or vital targets such as airports and train stations, centers of government, popular tourist attractions, and critical infrastructure such as power stations (to name just a few).  It seems unthinkable are all these years later, people would still be bent on conducting mass shootings or execute bombings like in Paris.  Yet they continue to flourish.

ISIS propaganda pushed the concept of soft targets to a scary level.  They promote ambushing would-be renters with fake Craigslist ADs, targeting teens playing sports in a park, or killing lone patrons who stumble out of a bar and into adjacent alleys. The message was that the surprise element of the attack and terror sown on the Western World “Main Street” could be of greater value than trying a 9-11 planned attack.  This does not mean critical infrastructure and key resources is safe.  As targets expand and technologically skilled individuals enter extremist ranks, crossbreed cyber-physical attacks are a threat that is dramatically escalating.

Current ISIS messaging is included in materials posted openly on the Internet (both in open sourced levels and in the underground), the same places where many of their adherents found and reaped tips from their al-Qaeda magazines.  Attacks are increasingly hybrid, and so are the attackers.  Extremists share each other’s “best practices.”  The Web is unfortunately a terror marketplace where groups speaks not only to their advocates, and an individual does not post bomb-making techniques or attack target suggestions in an empty void, but they add to an ample open-source library of “do-it-yourself” extremist terror training and provocation that crisscrosses group loyalties and philosophies.[2] [3]

[1] Gab is an English-language social media website known for its far-right user base. The site has been widely described as a "safe haven" for extremists including neo-Nazis, white supremacists, and the alt-right.