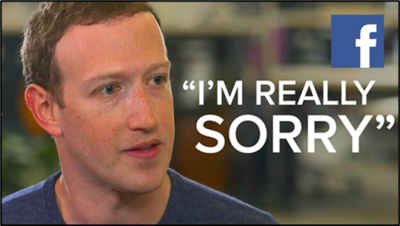 Facebook has been having its share of problems.  From a global outage to a Whistleblower gone public with claims that Instagram causes youth-based psychological issues, the social media giant is now on the defensive.  US Congress is currently taking another, yet closer, look at oversight of social media platforms.

Facebook and its Instagram and WhatsApp platforms are finally back in operation after a worldwide outage hit the services and the businesses and people who rely on its platforms.  Facebook reported late on 4 October that, “the root cause of this outage was a faulty configuration change” and that there is, “no evidence that user data was compromised as a result” of the outage.  The company apologized and said it is working to understand more about the cause, which began around 11:40 am EST.[1]

To compound Facebook’s woes, a Facebook whistleblower who was a past product manager, provided The Wall Street Journal (WSJ) with internal documents that exposed the company’s awareness of harms caused by its products and decisions.  This lead to the Whistleblower going public on CBS’s “60 Minutes.”  This a day prior on 3 October and then testified with a US Senate subcommittee on 5 October.  A coincidence?

The worldwide outage did not exactly bolster Facebook’s argument that its size and influence provide important benefits for the World.  London-based internet monitoring firm Netblocks noted that the company’s 2019 plans to integrate the technology behind its platforms raised concerns about the risks of such a move.   While such centralization, “gives the company a unified view of users’ internet usage habits,” Netblocks said, it also makes the services vulnerable to single points of failure.

“This is epic,” said the director of internet analysis for Kentik Inc, a network monitoring and intelligence company. The last major internet outage, which knocked many of the world’s top websites offline in June, lasted less than an hour.  The stricken content-delivery company in that case, Fastly, blamed a software bug triggered by a customer who changed a setting.  For hours, Facebook’s only public comment was a tweet in which it acknowledged that “some people are having trouble accessing (the) Facebook app” and said it was working on restoring access.  Regarding the internal failures, Instagram head Adam Mosseri tweeted that it feels like a “snow day.”  Facebook’s outgoing chief technology officer, later tweeted “sincere apologies.”

In the 4 October statement, Facebook blamed changes on routers that coordinate network traffic between data centers.  The company said the changes interrupted the communication, which had “a cascading effect on the way our data centers communicate, bringing our services to a halt.”  There was no evidence as of 4 October that malicious activity was involved.  Cloudflare, tweeted that “nothing we’re seeing related to the Facebook services outage suggests it was an attack.”  Facebook did not respond to messages for comment about the attack or the possibility of malicious activity.

The outage impact was far worse for multitudes of Facebook’s nearly 3 billion users, showing just how much the world has come to rely on it and its properties, to run businesses, connect with online communities, log on to multiple other websites and even order food.  It also showed that despite the presence of Twitter, Telegram, Signal, TikTok, Snapchat and a bevy of other platforms, nothing can easily replace the social network that over the past 17 years has effectively evolved into critical infrastructure.  The outage came the same day Facebook asked a federal judge that a revised antitrust complaint against it by the Federal Trade Commission (FTC) be dismissed because it faces vigorous competition from other services.

Now back to the Whistleblower and that Facebook and other social media platforms create a hazard to cultures, especially children.   For the past three years Facebook has been conducting internal research into how Instagram, which the company bought in 2012, affects its users.  The results repeatedly show that Instagram is harmful to a sizable percentage of its users, with teenage girls being particularly negatively impacted by the app.  A line in the company’s own reports reads: “We make body image issues worse for one in three teen girls.”  In the wake of that research’s publication as part of the WSJ’s recent series the Facebook Files, an executive from the social network was hauled in front of Congress.  The company has also started to backtrack, releasing documents, putting Instagram Kids on pause, and trying to get ahead of congressional anger.  CEO Mark Zuckerberg has testified numerous times to the US Congress and Senate, along with other social media platform chiefs.  But while the findings are clear, Instagram negatively affects teens’ (especially teen girls’) mental health, Facebook’s current public response to the reporting has been less than convincing, with Zuckerberg calling the research “inconclusive.”[2]

"At the heart of these accusations is this idea that we prioritize profit over safety and well-being. That's just not true," Zuckerberg wrote on Facebook, adding that the platform cares "deeply about issues like safety, well-being and mental health."  After all this time, does anyone believe Zuckerberg?  The Whistleblower testified that, "The company's leadership knows how to make Facebook and Instagram safer but won't make the necessary changes because they have put their astronomical profits before people. Congressional action is needed. They won't solve this crisis without your help.”[3]

So where is this all headed to?  Social media is now considered by many as critical infrastructure.  Facebook has over 3 billion international users.  Their platform can influence a multitude of individuals throughout the entire globe.  Governments must seriously consider regulation on the power of social media, when morals and ethics are allegedly disregarded.  Is this a slippery slope?  Time will tell.

Red Sky Alliance is a Cyber Threat Analysis and Intelligence Service organization that offers cyber threat services that include RedXray and Cyber Threat Analysis Center (CTAC) to aid organizations for cyber threat hunting, notifications, and analysis.  Service descriptions can be found at https://www.wapacklabs.com.   For questions, comments or assistance, please contact the office directly at 1-844-492-7225, or feedback@wapacklabs.com