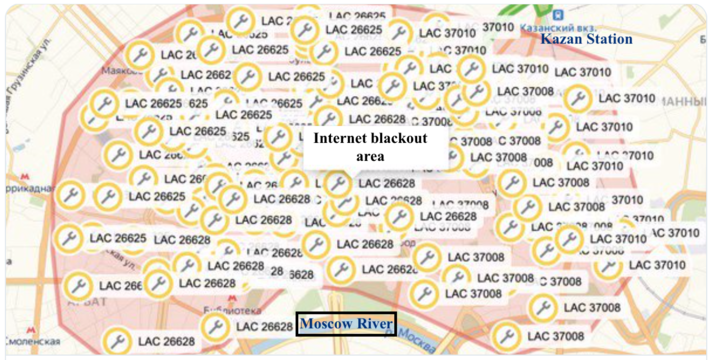 Governments, especially authoritarian ones, consider cutting the Internet as one of the ways to deal with political opposition and separatists.  Major Internet disruptions were recently detected in India (Kashmir), Indonesia (Papua), Sudan, and, on a smaller scale, in Russia. Severing or completely stopping the Internet becomes more popular, as more rude methods (DDoS, BGP hijacking, or fake certificates) get a stronger push back from the tech community.

On 22 August 2019, the Indonesian government started blocking Internet access in Papua and West Papua provinces to “accelerate the process of restoring security and order in Papua and its surrounding areas.”  A low-level separatist insurgency has simmered in the mineral-rich Papua since it was incorporated into Indonesia in 1969.[1]Reportedly the Internet was severed (significantly slowed down) to make it practically impossible for the opposition to share images, audio, video.  One day later, Papua Internet went down completely.

India revoked Kashmir province special status amid tensions with Pakistan.  On 5 August 2019, the Indian government started the Internet blockade of Kashmir as one of the measures to lock down the region. After 24 days, it is still unclear when the residents Kashmir will get the online access again.

On 27 July 2019 and 3 August 2019, the Russian government briefly switched off the mobile Internet in downtown Moscow during ongoing protests regarding rigged ballot access (Figure 1).[2] 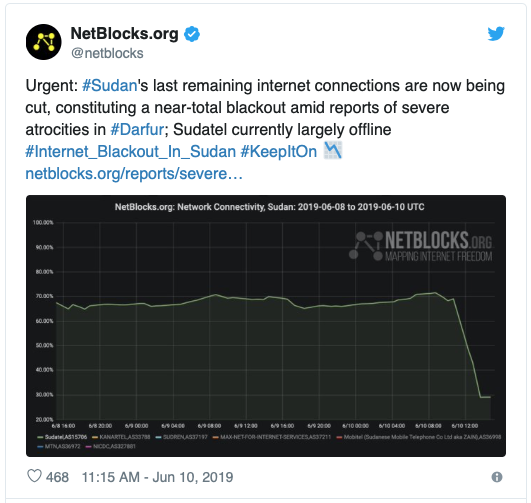 Figure 2. Internet blackout in Sudan seen by NetBlocks as a multifold reduction in the network connectivity

Internet connectivity in Venezuela is often falling sharply to the level of a complete Internet blackout, but it is often the result of physical electrical blackouts in the struggling socialist economy.

Blocking Internet access can be a relatively straightforward and low-tech solution.  But as it significantly damages business activity in the affected area, countries may use caution with these tactics.  For example, China is exploring all kinds of cyber options in Hong Kong (such as face recognition), but it did not turn off the Internet.  Similarly, local protests in Moscow met heavy police reaction and were tracking people by cell towers, but the switching off of the Internet in Moscow was limited by time and area.

Besides economic and humanitarian impact, governments consider how an Internet shutdown may affect their ability to track the protesters online.

Severing Internet connection in regions with high opposition activity is increasingly used by some countries around the World.  Businesses operating in the regions with the possible elevated protest activity should consider including these government-enforced Internet shutdowns in their planning.