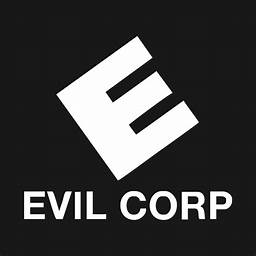 The infamous cybercrime organization known as Evil Corp may be running cyberespionage operations on behalf of a Russian intelligence agency, security consulting company Truesec reports.  Active since at least 2009 and also referred to as TA505, the hacking group is known for the use of the Dridex banking Trojan, but also for ransomware families such as Locky, Bart, Jaff, and BitPaymer, along with the more recent WastedLocker and Hades.

Evil Corp is allegedly run by Russian nationals Maksim Yakubets and Igor Turashev, who was charged by the United States in 2019. In addition to deploying financial malware and causing tens of millions in losses, Yakubets has been working for Russian intelligence since at least 2017, the indictment said.  New evidence that Truesec security researchers have uncovered validates the assumption of a close relationship between the cyber-crime group and the Kremlin and even suggests that Evil Corp might have evolved into a cyberespionage group that is using ransomware attacks to disguise its true intentions.  Truesec Group is a leading Swedish cybersecurity and secure infrastructure provider.

Analysis of a ransomware incident involving Evil Corp has revealed the use of tools, techniques, and procedures (TTPS) previously associated with the sophisticated cyber-espionage group SilverFish, which was recently associated with the SolarWinds attack.  The attack, Truesec analysts reveal, started with a drive-by download that led to the installation of a backdoor that provides attackers with complete control of the victim machine, and resulted in the Cobalt Strike implant being deployed as a second-stage only minutes later.

Network discovery started minutes later and the adversary “achieved full infrastructure compromise within four hours from the initial breach.” Common vulnerabilities were exploited as part of the attack, with manual operations started minutes after initial compromise, which is “remarkable, considering that the attack vector was a drive-by attack,” Truesec analysts note.

Although the adversary was able to leverage access to Active Directory within hours, internal reconnaissance and data discovery only started a week later. During this phase, the threat actor uninstalled security software, with the Wasted Locker ransomware being deployed only a month after the initial compromise.  “During the last two weeks, the threat actor focused the reconnaissance on methodically gathering data from network shares, user profiles, browser history of IT admins, cloud-based mailboxes, and eventually identified credentials and locations of the cloud-based backups in use which were then deleted,” Truesec researchers note.

The actor behind the attack used the same Cobalt Strike beacon that threat intelligence firm PRODAFT associated with the SilverFish group’s operations, suggesting that the same adversary might have been involved in both, despite the use of different attack vectors: drive-by download vs the SolarWinds breach.

Truesec’s researchers believe that Evil Corp’s close ties with Russian intelligence might have resulted in the already sophisticated threat actor evolving from a financially motivated cybercrime organization into a cyberespionage group. Despite still deploying ransomware in attacks, the group no longer appears enticed by financial gain and, unlike other ransomware operators out there, does little to compel victims into paying the ransom.

“It is possible that the entire Wasted Locker/Hades ransomware campaigns have been run as just a ‘maskirovka’, the Russian word for deception, to hide a cyberespionage campaign. The reason why they seem to be careless about extracting the ransom could simply be that it is not important to them. They just need to keep up the appearance,” Truesec analysts note.

Red Sky Alliance is a Cyber Threat Analysis and Intelligence Service organization and has been helping companies since 2013 with proactive approaches to cybersecurity.  We have been tracking Russian hackers for many years.  For questions, comments, or assistance, please contact the lab directly at 1-844-492-7225, or feedback@wapacklabs.com