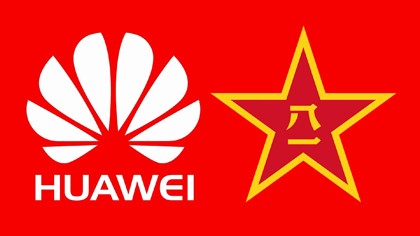 The recent leakage of millions of resumes from Chinese job sites has provided the opportunity to research, among other things, the work histories and expertise of thousands of Huawei Technologies employees.  Christopher Balding of Fulbright University Vietnam has conducted such a search to determine if Huawei has links to the People’s Liberation Army (PLA) or the Ministry of State Security (MSS).  He recently published his conclusion that, “there is an undeniable relationship between Huawei and the Chinese state, military, and intelligence gathering services.”

The links identified in all three reports need to be qualified, however.  Balding reported on just three resumes, and not all of the intelligence links he identified are that solid.  He claims a link for one employee to the PLA based on his work history, but that was in a state-owned enterprise that does development for the military but is not itself military.  He says he identified a connection from a Huawei resume to network compromise cases in Italy, but the timeline for the two do not match.  Likewise, the two media articles claim links that are in some cases indirect, and the numbers actually argue that cooperation with the PLA is relatively rare.

These qualifications do not undercut the security threat posed by Huawei because proving military or intelligence connections is perhaps beside the point.  Even if Huawei had no existing government connections, it could be ordered in the future by the government to give military intelligence or security services access to its networks worldwide, and Huawei would have no power to resist such demands.