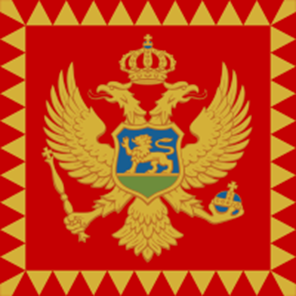 On 22 August, the government reported the first series of cyber-attacks on its server but said it managed to prevent any damage.  On Friday the 26th, the outgoing Minister of Public Administration said that the government server has come under another attack but said the authorities took timely defensive measures and some servers were temporarily taken offline.

The outgoing Prime Minister described the cyber-attacks as dangerous and politically motivated.  He called a National Security Council session about the cyber-attacks for late Friday.  “Citizens’ personal data is completely safe for now and all direct attacks on the government and its institutions have been suppressed… The first attack happened a few hours after the government’s no-confidence vote last week. I warned it could lead to destabilization,” the PM said.

Montenegro’s minority government collapsed on 19 August, after parliament backed a vote of no-confidence called by the party of President Djukanovic and smaller parties in the ruling coalition, worsening the country’s political instability.  The administration led by the leader of the Civic Movement URA,  became the government with the shortest period in power in Montenegrin political history, it only came to office in April.

Ongoing Minister of Defense called on the authorities to investigate the cyber-attacks and provide strong evidence for their claims.  The Social Democratic Party backed the no-confidence initiative.

Last March 7th, Russia added Montenegro to a list of ‘enemy states’, accusing it of acting against the Kremlin.  On 1 March, Montenegro had joined the European Union’s sanctions against Moscow, while the Ministry of Foreign Affairs declared several Russian diplomats persona non grata on the National Security Agency’s advice.

Despite strong historical ties, relations between Russia and Montenegro have cooled, particularly since 2014, when Montenegro, targeting membership of NATO, joined previous sanctions imposed on Russia by the EU and the US over its annexation of Ukraine’s Crimean peninsula and involvement in the fighting in eastern Ukraine.

In May 2019, Montenegro’s Higher Court sentenced 13 people, including two leaders of the pro-Serbian Democratic Front, two Russian intelligence officers and eight Serbs to custodial sentences of up to 15 years for staging the attempted coup.