SyTech/FSB breach materials were exposed in July 2019 and were widely discussed in cybersecurity circles.  SyTech is connected to the Research and Development Institute Kvant – another entity controlled by FSB (APT 29) hackers.  Kvant was previously profiled by Wapack Labs as it was buying Hacking Team exploits for the FSB.[1]  Several leaked SyTech secret projects were being studied thanks to the breach.  Some concerning spying on Russian opposition in emails, social media, TOR and trying to isolate the Russian Internet.[2]  In this report, we concentrate on another notable SyTech project called Knockout-S (Knockout, in Russian: “Нокаут-С”) that targets Western mass media.

On 22 July 2019, several files describing Russian secret project Knockout were leaked by Digital Revolution hackers.  It was in a sample of a larger SyTech breach by 0V1ru$ hackers.[3]  These Knockout files are sometimes in incomplete draft form and not all the documentation is made available.  At the same time, they show several stages of the Knockout development, such as: planning, financing the project, initial findings, and targeting.

Geographically two main regions targeted by The Knockout, according to the leaked documents, are Europe and Northern America.  Specifically, in Europe, they target mass media in Germany, Great Britain, and France.  In North America, they specifically looked into mass media in the US, but Canada was additionally on their list of possible targets.[4]

There were five categories of the US mass media that The Knockout project looked into: 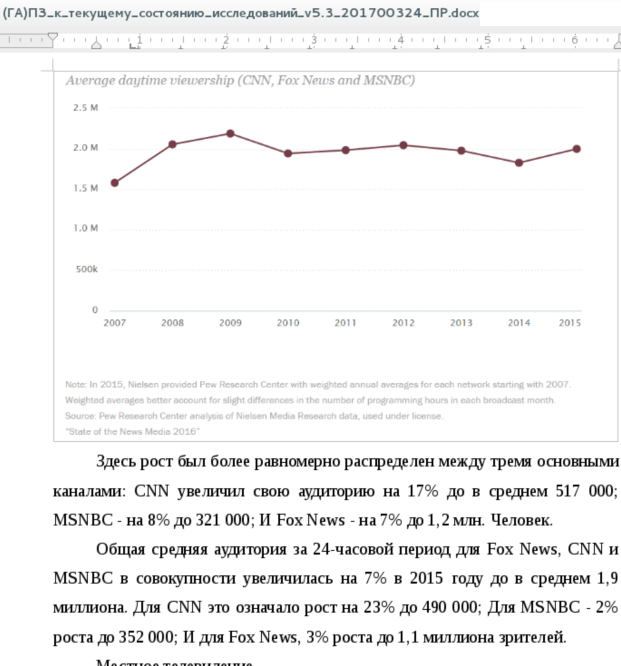 Note that the available Knockout documents are neither final or complete, so the real use targeting may include other countries and media entities.

Overall, Knockout documents set the following goal: “Results of gathering and classification of the main modern methods of the preparation, editing, storing, and broadcasting of the multimedia content by the TV Operators and Electronic Mass Media” (the Russian text uses the abbreviation OTESMI).

We can divide the Knockout objectives into three groups:

When analyzing a mass media, some of the items the hackers  document are information to include server types (Win32, Linux, FreeBSD), databases (Oracle Database, Microsoft SQL Server, other), client (thin/Win32-/Java-), information protection such as system access control on OS and database level, adjusted access control, LDAP (Microsoft Active Directory) integration, packet loss prevention tools; search functions (AND, OR, NOT, “*”, “?”, and other).

Review of the Knockout financial documents, presentations, plans, and reports indicate an intelligence focus.  The nature of the data that is being collected (such as vulnerabilities) and the name “Knockout” itself, suggest that Russia is stockpiling data on Western media with one of the objectives of knocking Western mass media out or to influence and manipulate the flow of information in some other way.  Metadata extraction reinforces Knockout advantage over the media and may expose some additional data such as sources of information, and undercover journalist identities.

Appendix A. Notes for Knockout Review of the Metadata Extraction.

A Knockout draft document, timestamped with “12.03.2018”, provides details when researching media types of interest and how to extract metadata from those organizations.  Nine formats for multimedia content are specifically listed: