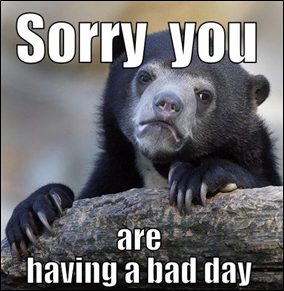 A group of cybercriminals known for ransomware attacks has started leaking files allegedly stolen from Jones Day.  Jones Day is an international law firm based in the US.  As of 2018, it was the fifth largest law firm in the US and the 13th highest grossing law firm in the world.  Jones Day has represented former US president Donald Trump, including his inquiries into the 2020 voting irregularities.

The cybercriminals behind the ransomware operation known as Clop (Cl0p) have been known to encrypt files on compromised systems, as well as stealing files from the victim and threatening to leak them unless a ransom is paid.  This group may be associated with the .Cl0p Files Virus, first seen in 2019.  Based on the ransom messages, the group may emanate from the Korean peninsula, though of Russian backgrounds.

The group has a website on the Tor anonymity network where it leaks files from organizations that refuse to pay up.  These hackers recently posted on their website download links to tens of gigabytes of files allegedly stolen from Jones Day. The leaked files are emails and legal documents, including ones that appear to be confidential.  While some of the leaked data seems to be older, some of it is dated January 2021.[1]

In a statement to media, Jones Day representatives confirmed suffering a cyber breach, but said the hackers did not actually penetrate its network and instead targeted a file sharing service provided by file sharing and collaboration solutions provider Accellion.  Accellion Inc. is a US-California, Palo Alto private cloud solutions company focused on secure file sharing and collaboration.  Users are able to access, edit, and share enterprise content from any device while maintaining compliance and security.  Accellion software supports deployment on-premises or off-premises; in a public, private, or hybrid cloud or FIPS 140-2 certified environment. 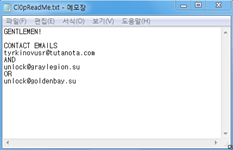 The hackers told Vice cyber media that they stole data from Jones Day but did “not encrypt their network.”[2]  The cybercriminals then told DataBreaches.net that they hacked one of the company’s servers associated with the Accellion service and “took the data from there,” but also suggested that they targeted other systems as well.[3]  At times, hackers cannot keep quiet and love to brag of their criminal activity.

An increasing number of organizations admitted and confirmed that they suffered data breaches due to a vulnerability discovered in mid-December in FTA, a large file transfer service offered by Accellion.   Accellion is retiring the FTA service, but roughly 50 customers had still been using it when the vulnerability was discovered, and at least some of those customers have been targeted by malicious actors.  The list includes the Office of the Washington State Auditor (SAO), the Australian Securities and Investments Commission (ASIC), the Reserve Bank of New Zealand, and Singapore telecoms firm Singtel.  Of note, some emails and other files allegedly obtained from Singtel are also available on the Clop leak website.

The Clop ransomware operation is believed to be the work of a financially motivated group known as TA505 and Hive0065.  The threat group, whose members are allegedly Russian speakers, has been around for several years and they are known for the development of the banking trojan Dridex and the Locky ransomware.  In recent months, the hackers have focused on so-called “big-game hunting” operations, targeting major organizations, like Jones Day, from which they are more likely to make bigger profits.