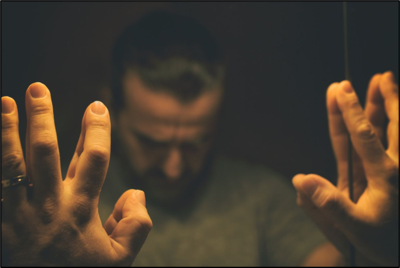 At the onset of the global pandemic, the UK’s Cambridge Cybercrime Centre observed a significant increase in murderous fantasies expressed online within the incel community.  An ‘incel’ is a member of an online subculture of people who define themselves as unable to get a romantic or sexual partner despite desiring one.  The level of online activity, as well as the tone, had grown increasingly threatening.  Fortunately, that level of violent ideation settled down over time but now has resurfacing.

Last week, the Centre for Countering Digital Hate found that UK web traffic data to three of the largest incel sites has grown from 114,420 monthly visits to 638,505, over the period of March to November 2021.  That represents a sixfold rise in activity on websites promoting incel ideology.  Also significant is the call to action for the rape of women.  More than “loners,” incels are stark examples of “incompetent joiners” – young angry men fueled by a sense of aggrieved entitlement that they are being cheated out of the romantic and sexual experiences they rightfully deserve.

Incels, short for involuntary celibates, are probably the most infamous segment of the ‘manosphere,’ the online jungle of misogyny that includes incels, Pick Up Artists (PUAs), MGTOWs (Men Going Their Own Way), and Men’s Rights Activists (MRAs).   They also appear to be the most prone to public displays of brutality: Law enforcement attributes 50 murders in North America in the past several years to violent incels.  While existing entirely in a virtual global community, incels are bound together by an ideology that preaches hatred of women and has inspired deadly real-world attacks.

In the UK incel community, the August 2021 attacker in Plymouth UK has been lionized.  That 22-year-old man’s social media usage suggested an obsession with incel culture.  He also called for “all women to be raped at least once.”  Just recently on 27 December 2021, a US man in Denver CO harboring extremist views killed five people in a shooting spree.  That 47-year-old man, while not a self-professed incel, had complained about “modern/liberal suppression” of “male honor violence” and raged against “female premarital sex” in various Twitter posts – all views consistent with incel ideology.

Some are comparing the 6 January 2021 US Capitol protest turned riot, and recent reminders of news broadcasts showing images of the screaming shaman and kitted-up militia members, with negative effects of incel type genres.

Psychologists note that misogyny is a dangerous and underestimated component of extremism, and there is a robust symbiosis between incel culture and other violent ideologies.  Changes in the landscape involving the dramatic escalation in pandemic cases, the tense political environment, and challenging economy all can further destabilize the already volatile incel community.  Sociologists warn to not underestimate incels as potential threat actors.

This study results are disturbing, yet not new.  Based on my 29 years in law enforcement, I have dealt with these type individuals many times.  What is alarming to me is the social media platforms that cater to these mentalities.  This interaction will only accelerate the individual’s behavior.  But on the law enforcement side, it might make it easier to thwart these potential attacks with proactive monitoring, which may in turn create legal and civil rights issues.  Yet with escalation is these crimes, a multilayered prevention approach is the key to positive cultural protection.

Source:  https://www.hstoday.us/featured/with-fAt the onset of the global pandemic