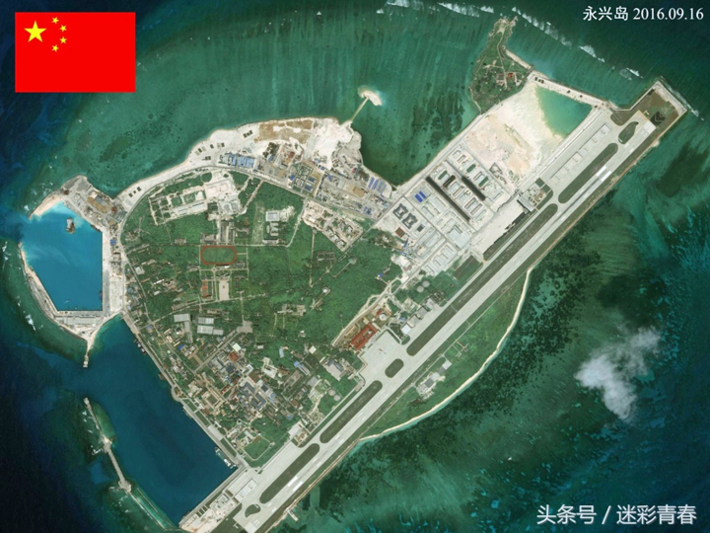 The People’s Republic of China has claimed the whole of the South China Sea as its sovereign territory ever since coming to power in 1949.  However, several other countries have historical claims over some of the islands, and the Law of the Sea Treaty gives several of these countries rights to economic zones that overlap with Chinese claims.  This has led to conflict between China and the United States, which supports the claims of its allies to parts of the South China Sea under international law.

Since coming to power in 2013, Xi Jinping has embarked on a major campaign to solidify China’s claims by building a network of military bases on what had been minor rock outcroppings and submerged reefs.  Dredging operations have added an estimated 3,200 acres of land area to a total of 27 locations that China is developing as military bases.  Four of these locations—Fiery Cross Reef, Mischief Reef, and Subi Reef in the Spratlys (see Figure 1.) plus Woody Island in the Paracels—now have 10,000-foot runways, hangars for combat aircraft, radar installations, plus military barracks and military administrative complexes.  The Chinese have deployed jet fighters and surface-to-air missile systems to these bases, and deployments of anti-ship missiles have also been reported.

The US has pushed back on Chinese claims by carrying out Freedom of Navigations Operations, sailing US Navy combat ships within 12 miles of these island bases to demonstrate that Chinese claims of sovereignty are not recognized.  China has strongly reemphasized their claims and occasionally conducted hazardous naval maneuvers within yards of US Navy ships in this area.  This situation has now made the South China Sea perhaps the most likely flashpoint for armed conflict between China and the US.