In February 2019, conflict between India and Pakistan over the disputed territory of Kashmir escalated into the worst violence there is decades.  An Islamic extremist suicide bomber with a vehicle packed with explosives attacked an Indian police convoy in Kashmir, killing 40.  This provoked a military response by India, with Indian Air Force fighter jets carrying out a bombing raid into Pakistan proper for the first time since 1971.  India claimed they were attacking a terrorist camp, but no injuries or damage were reported.  Pakistan struck back the next day with its air forces, resulting in the first aerial engagement between the two countries in more than 40 years.

This military conflict between two nuclear powers created concern in many countries including the United States.  US Secretary Pompeo contacted both parties as the crisis was unfolding, counseling caution and a return to dialogue.  China became involved in mediating the crisis by visiting its traditional ally Pakistan for consultation but also stressed its ties with India.  China spoke on “the need to exercise calm and restraint, prevent an escalation, find out what has happened, and resolve the matter through dialogue.”  By mid-March, tensions started to ease. Why did China feel the need to play a role in this conflict?  Three factors likely shape their interest in the region:

For the full report: 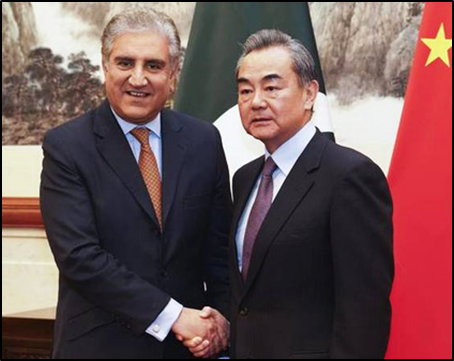