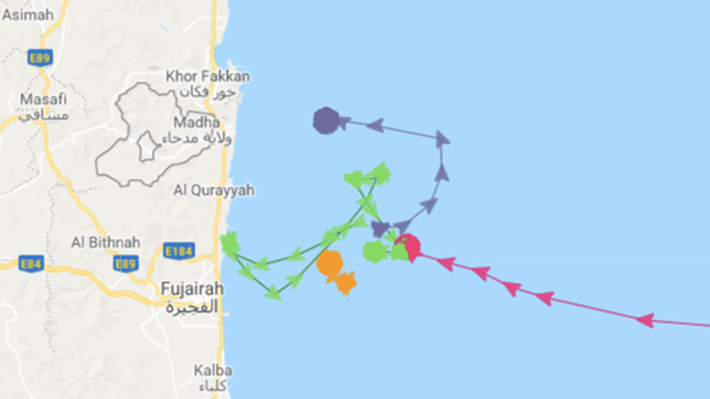 Figure 1. Vessel tracking shows the location of the four tankers attacked at the Fujairah anchorage over the past three days

Vessels, specifically oil tankers, sailing through the Strait of Hormuz are being cautioned to raise their security posture after four oil tankers were attacked in what authorities are calling “acts of sabotage” off the world’s biggest bunkering hub of Port Fujairah, UAE on 12 May 2019.[1]  Details of these attacks are being held withheld, yet the ship explosions are escalating transportation concerns that maritime shipping lanes in the Persian Gulf area will become a tipping point to prompt military action between the US and Iran.  Many military analysts believe Iran was ultimately behind these attacks.

The very large crude carrier (VLCC) Amjad and the tanker M/T Al Marzoqah were reported as vessels involved and are Saudi-owned.  Both tankers were signaling via vessel tracking services, that the vessels were in the Port Fujairah area during in the early hours of 12 May 2019.  West of England P&I company confirmed that it provided shipping coverage for the M/T Al Marzoqah.  P&I said it was working with the ship owner and UAE authorities.  P&I, also a provider for VLCC Amjad, declined to verify damage to this vessel. 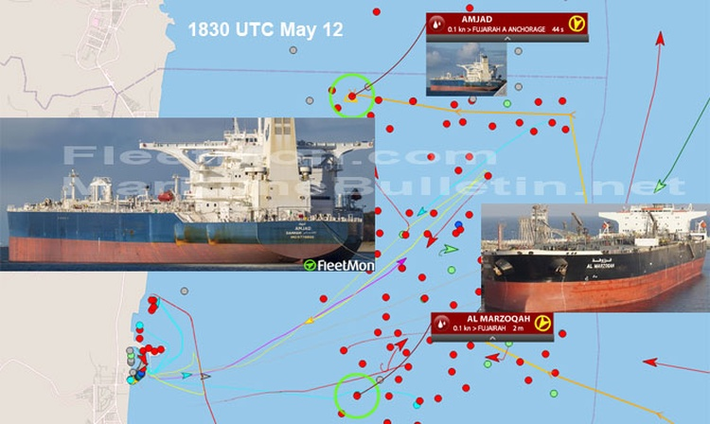 Norwegian-flagged medium range product tanker M/T Andrea Victory sustained hull damage due to the attacks.  The ship was “struck by an unknown object on the waterline in the way of the aft peak tank while located in anchorage B off Fujairah on Sunday,” reported the Singapore-based owner. 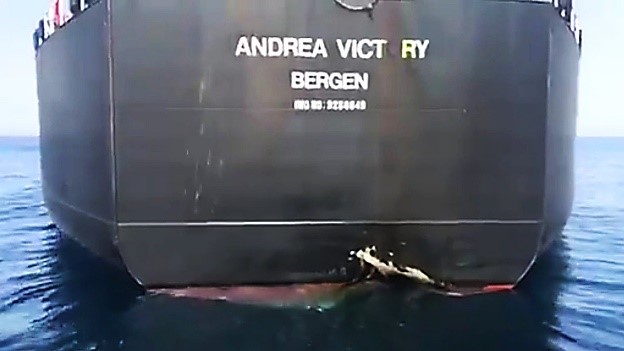 Bunkering tanker M/T A. Michel was identified as the fourth vessel subject to the attacks through local media reporting.  The Dubai-based Al Arabia Bunkering Company owner declined public comment.  Three international maritime security companies told Lloyd’s of London analysts they had been unable to independently verify the identity of any vessels involved except for the Andrea Victory.

The International Association of Independent Tanker Owners (InterTanko) confirmed their organization sent an email to its membership warning of increased shipping risk in the region, stating there were photos of two ships with holes in their sides “due to the impact of a weapon.”

The Saudi government said these attacks now threaten to disrupt maritime traffic, including crude oil shipments, through the Strait of Hormuz.  Current vessel-tracking shows 102 ships are at anchor or in the waters just off Port Fujairah.  This raises security issues for the world’s biggest bunkering port and hampers the 100 percent clear identification of ships involved.  Ship agencies at Port Fujairah are reporting they are unable to substantiate various government reports or explain what happened because it is a criminal offence in UAE waters.  Some believe the media silence is viewed as harming the emirates’ reputation.

GEOPOL tensions between Iran, the US, and its Middle East allies in Saudi Arabia and the UAE have drastically increased since 2 May 2019.  This when US sanction waivers on Iran crude exports ended.  According to vessel tracking, no Iranian crude shipments have loaded since that date.