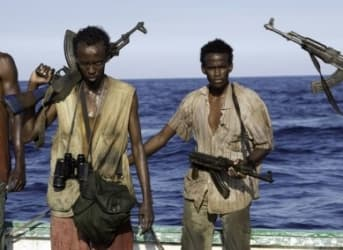 Our colleagues from Dryad Global are reporting that on 13 July 2019 merchant vessel (M/V) PAKSOY 1[1] was attacked and boarded by pirates resulting in the kidnap of 10 crew members.  The crew is believed to be of Turkish nationality.  This is maritime area is near Nigeria, Africa. 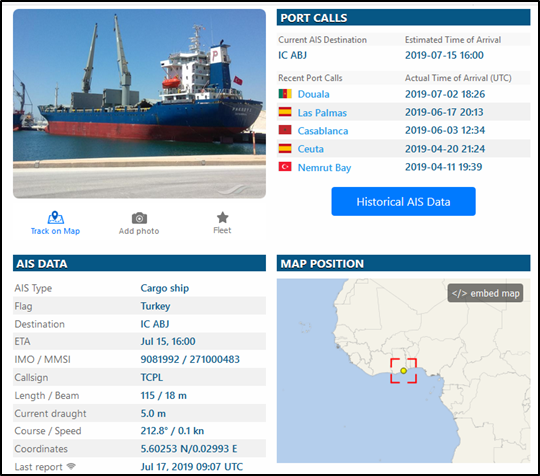 This attack occurred 24 nautical miles from the location of a previous illegal boarding of the M/V Laetita Von Transitto in 19 February 2019, where 3 crew were abducted.  Both of these vessels were designed with significantly lower freeboard[2] than most vessels transiting this area.  Additionally, the weather was within operating parameters for small crafts, typically used by pirates.

These past attacks show the ever-present danger of piracy in many areas of the World.  Maritime experts recommend all vessels transiting Nigerian waters be subject to a specific route risk assessment and consider use of escort vessel where it is recommended.  The South China Sea also remains at risk of piracy.

The International Chanber of Commerce (ICC), International Maritime Bureau (IMB) is a specialized division of the ICC.  The IMB is a non-profit making organization, established in 1981 to act as a focal point in the fight against all types of maritime crime and malpractice.  The International Maritime Organization (IMO) adopted a resolution in 1981, which urged international governments and all maritime interests and organizations, to cooperate and exchange information.  This through the IMB with a view to maintain and develop a coordinated vision to combat maritime crimes.  The IMB has a MOU with the World Customs Organization (WCO) and has observer status with Interpol (ICPO).

IMB Piracy Reporting Center -  The IMB Piracy Reporting Centre (IMB PRC) follows the definition of Piracy as ratified in Article 101 of the 1982 United Nations Convention on the Law of the Sea (UNCLOS) and Armed Robbery as laid down in Resolution A.1025 (26) and adopted on 2 December 2009 at the 26th Assembly Session of the International Maritime Organization (IMO).[3]  The IMB is a great non-bias international organization to report and receive piracy information and intelligence.  The PRC acts as a single point of contact for shipmasters anywhere in the world whose vessels have been attacked or robbed by pirates.  All information received is immediately relayed to the local law enforcement agencies requesting assistance.  Information is also immediately broadcast to all vessels in the Ocean region, providing vital intelligence and increasing awareness.  The PRC shares information with the IMO, governmental, inter-governmental and law enforcement agencies including industry bodies to understand the nature of piracy and reduce its effects on crew, vessel and cargo.  The PRC is able to immediately identify any trends and shift in patterns and alert all concerned parties. Wapack Labs is located in New Boston, NH.  We are a Cyber Threat Analysis and Intelligence Service organization.  For questions, comments or assistance, please contact the lab directly at 1-844-492-7225, or feedback@wapacklabs.com.