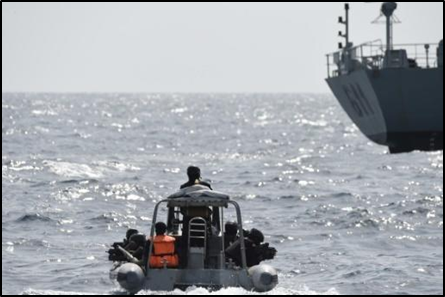 Maritime reporting[1] indicates that merchant vessels M/V VICTORY C and M/V MARMALAITA have been illegally boarded when anchored at the entry of Wouri River, Douala, Cameroon.  As of 15 August 2019, the number of perpetrators is unknown, however reporting suggests all were armed with AK47 rifles.  A distress signal was sent from one of the two vessels.  It is believed that a Cameroonian Naval vessel responded to the scene to support the vessels under attack.  On arrival at the scene it was discovered that a number of crew members were unaccounted for from both vessels. The missing sailors are presumed kidnapped.

Initially, Russian media is reporting that the Russian Embassy in Yaounde, Cameroon said authorities and representatives of a ship owner are making steps to establish the circumstances of the incident. Russian diplomats are cooperating actively with competent Cameroonian agencies and ship owners to promote the urgent release of the Russian nationals," the Russian Foreign Ministry said.  According to the ministry, on 15 August 2019, pirates attacked Dutch ship owner Ultrabulk's cargo vessel M/V MARMALAITA, sailing under the flag of Antigua and Barbuda, near Cameroon's Douala port.  The ministry added, citing Marlow Navigation, a Russian company, that the pirates kidnapped eight crew members, including three Russian nationals.

Later reporting on 16 August 2019 explain that Nigerian pirates adbucted nine (9) Chinese and eight (8) Ukrainian seamen in attacks on the two merchant vessels indicated off Cameroon.  A Cameroonian security official, likewise speaking on condition of anonymity, confirmed the account to French media.  This event is still on going. 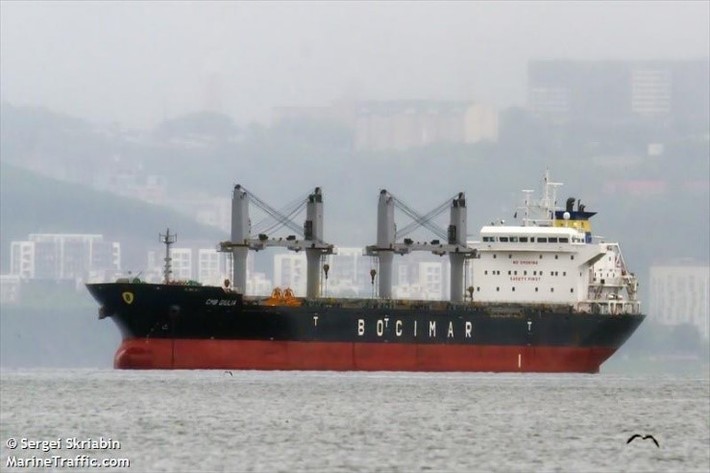 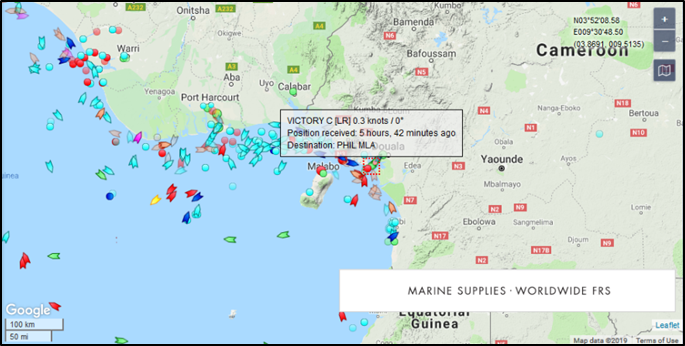 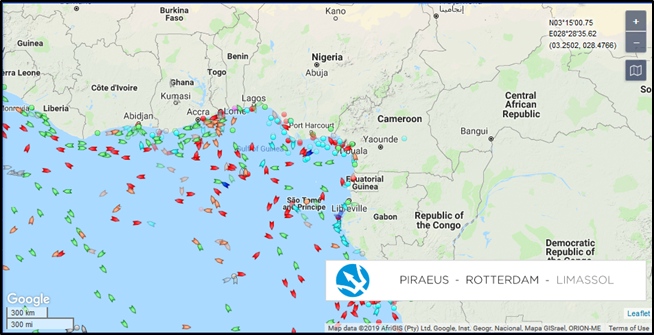 Figure 3.  Vessels off the coast of Cameroon 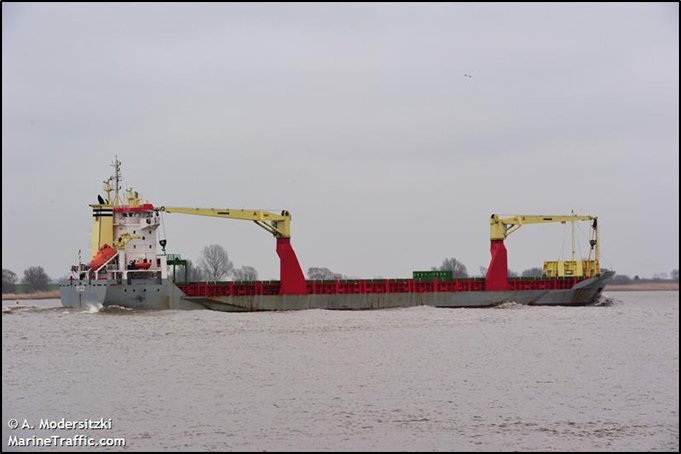 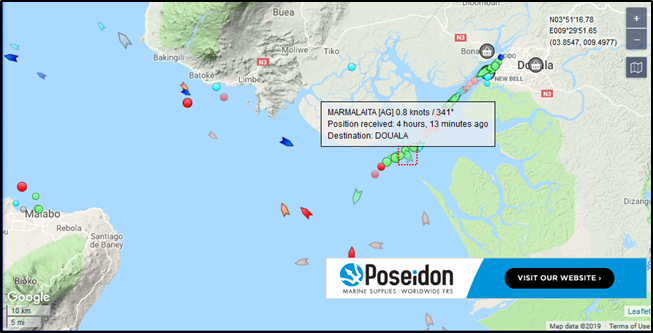 This incident demonstrates the perils of piracy within the maritime world.  Pirates have become even more sophisticated and at times use cyber techniques to lure ships into dangerous waters, or may disable a ship in order to board a ship for theft, kidnapping or terroristic purposes.  In fact, Iran (with Russian technological assistance) is currently suspected of GPS jamming/spoofing to lure targeted foreign flagged vessels into their waters for detention and political reasons.[2]

Wapack Labs provides its member with Vessel Impersonation Reports and Maritime Watch Lists that help marine companies all along the shipping supply chain.  This to better protect their networks and avoid malicious cyber activity to prevent an event of piracy in ports or on the high seas.  Wapack Labs is located in New Boston, NH.  We are a Cyber Threat Analysis and Intelligence Service organization.  For questions, comments or assistance, please contact the lab directly at 1-844-492-7225, or feedback@wapacklabs.com