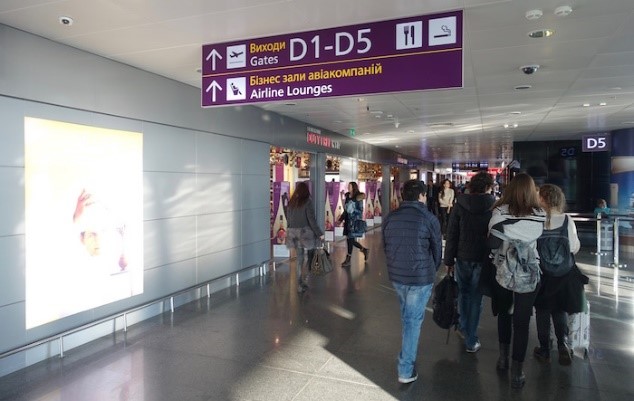 Our friends at the US Federal Bureau of Investigation (FBI) have provided information regarding two potential case studies in which cyber or terrorist threat actors could compromise airport flight display screens to carry out an airport attack.  As airports increasingly rely on the integration of Internet of Things (IoT) in airport facilities for operations including flight display screens, this interconnectedness provides opportunity to bad actors bent on disruption or worse.  The FBI emphasizes they do not have specific information to suggest “US” airports are a current target of cyber-attacks, but other international airports have been targeted through malicious cyber and terrorist means.

Analysts suggest it is likely that an insider threat actor at an airport could, with high probability, install malware and compromise the IoT connected flight display screens which deletes all flight information.  This type cyber-attack is possible due to global hacking incidents of airport flight screens and the identification of malware infected computers at two US airports.  This case would have a high impact resulting in disruption of airport services, loss of consumer confidence, and financial damage.

Internet of Things at Airports

Almost all airports now face a new challenge as being more connected on new technologies which integrate with the IoT in airport facilities for increased efficiencies. This creates vulnerabilities such as security breaches and malware.  A breach in an airport system could impact security checks, affect office systems, and control of arrival and departure notifications.  This will drastically affect an airport’s entire operation, resulting in lost revenue and a sullied reputation.

The following indicators could suggest the emergence of malware:

The FBI places a low probability of a cyber-terrorism attack at US airports from an ISIS inspired homegrown violent extremist (HVE) threat actor with a cyber capability, yet presents a possible example.  An HVE, utilizing a remote access tool (RAT), could hack into airport flight display screens to message that a bomb has been placed in one of the terminals.  They then instruct all passengers to move to another location in the airport, to which a physical attack will be initiated.  This case is mentioned due to the known interest by cyber jihadists in compromising airport systems, as well as terrorist attacks at airports.  This exposes a continued interest by terrorists in targeting airports worldwide.

The following indicators could suggest the emergence of this situation:

The short-term implication of these cases is the risk of malware infecting an airport information system which can be mitigated by identifying systems not operating with modern security patches.  It is vital for the aviation industry to identify such vulnerabilities before a risk evolves into a destructive cyber threat.  Additionally, the long-term implication of these scenarios highlights the need to train airport personnel in security awareness of both technical and human threats.  This applies to travelers as well.  Keeping awareness to surroundings is always important.

A multi-disciplinary approach is an ideal mitigation strategy.  Cybersecurity preparedness levels at airports can be increased by regularly role-playing cyber-attack scenario exercises with the private sector, to include travelers, and local, state, and federal law enforcement entities..[4]

[3] Emotet malware is an advanced banking Trojan designed to steal sensitive data such as user credentials stored on the browser by eavesdropping on network traffic. Emotet malware is spread through e-mails containing malicious attachments or links, and is the most destructive malware affecting the private and public sector.