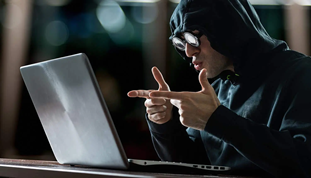 Critical infrastructure in any country relies on energy sources and transmission for proper and safe national operations.  A direct cyber shot was delivered to the US oil and gas industry, allegedly by a Russian criminal group known as DarkSide.  DarkSide is suspected in the ransomware attack that shut down the US-Georgia based Colonial Pipeline, which immediately created fuel shortages to cars, trucks and the airline industry.

This pipeline attack now has other energy sector officials on edge and scrambling to make sure their critical systems are secure.  "It should serve as a warning shot for all the vital infrastructure," said a longtime executive at Exxon who now is a professor at the Kenan-Flagler School of Business at the University of North Carolina at Chapel Hill.  The good professor was not surprised the pipeline was targeted.  "This thing [cyber-attack] has been coming," he said. "Hackers have been honing their techniques for quite some time now."

The US North Carolina based utility reports it is constantly working hard to build physical and technological layers, from a diverse fuel supply to systems that can isolate outage areas and reroute power, to shoring up cyber security strategies.  "It's a constant battle," Duke said. "It's a constant attempt to stay ahead of those challenges, that we're putting in protections every time that attack gets more sophisticated."  In the past, many large companies fended off hackers looking for trade secrets, but the NC university professor is calling ransomware "a new form of threat."

Other critical infrastructure industries are also at risk.  Cyberattacks targeted a water treatment plant in Florida and the Onslow Water and Sewer Authority in North Carolina in 2018.

Red Sky Alliance has been collecting, analyzing and documenting cyber threats for 9+ years and maintains a resource library of malware and cyber actor reports available at https://redskyalliance.org at no charge.  This includes reporting on critical infrastructure cyber vulnerabilities.  As a reminder, many past tactics are often dusted off and reused in current malicious campaigns – so historical reporting is important.  Red Sky Alliance can provide actionable cyber intelligence and weekly blacklists to help protect your network.