With global positioning systems (GPS) being so integral to future self-driving vehicle operations, new concerns of GPS hacking are raising concerns.  Imagine in the future manipulating or turning off automated vehicle GPS components for only 30 seconds.  The flow of vehicular traffic and commerce would come to a stand-still.

GPS and other Global Navigation Satellite Systems (GNSS) are used in everyday life; from cellular communication networks, to basic consumer goods, high-end military systems, stock trading inputs and future self-driving cars.  Researchers from C4ADS[1] and the University of Texas at Austin are reporting that these navigation systems are vulnerable to cyber-attacks.  Their report which was recently published, illustrates state sponsored hackers who attack positioning, navigational, and timing (PNT) data, through electronic warfare (EW) techniques, which then could cause significant damage to modern militaries, major economies, and everyday consumers.  With recent technological advances, the tools and methodologies for conducting this type interference is now a chilling reality.  “GNSS attacks are emerging as a viable, disruptive strategic threat,” states the analysis.  The full C4ADS report, presents findings from a year-long investigation on an emerging element of EW activity: the ability to mimic, or “spoof,” legitimate GNSS signals in order to manipulate PNT data.  Their report shows analyzed patterns of GNSS spoofing in the Russian Federation, Crimea, and Syria.  Their claim indicates Russia is developing an advantage in this type cyber hacking. 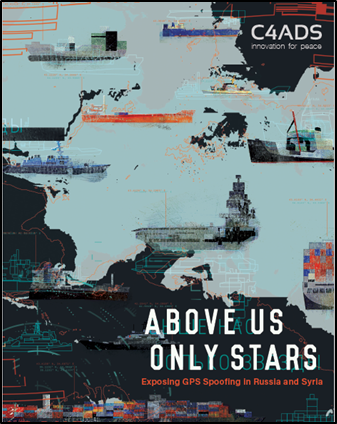 C4ADS identified 9,883 suspected GPS instances across numerous locations that affected many civilian vessel navigation systems since February 2016.  They reveal these activities are larger in scope, more diverse in geography, and longer in duration than any current open source reporting.  C4ADS provided a close correlation between movements of the Russian head of state and GNSS spoofing events.  They believe the Russian Federal Protective Service (FSO) operates mobile systems to support this activity.  The researchers pinpointed a possible mobile system that was manufactured by a company closely connected to the FSO.  Finally, C4ADS exposes the use of GPS spoofing in active Russian combat zones, particularly in Syria, for airspace denial purposes.  This is a capability rarely reported in the public domain. Using data from a scientific sensor on the International Space Station (ISS), researchers recognized ongoing activity that poses significant threats to civilian airline GPS systems in the region.  C4ADS found the likely location for this system to be in the northwestern quadrant of a Russian airbase and identified, through open source, potential military-grade EW systems in use. 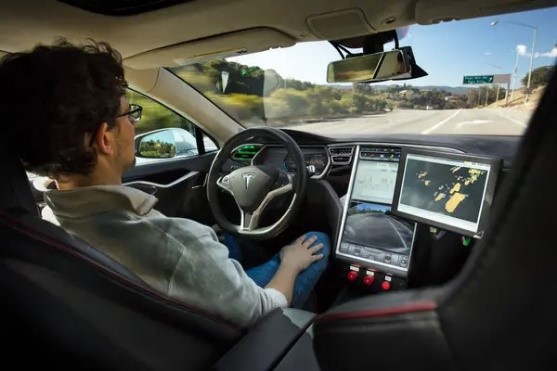 So, want does all this mean for the automotive industry?  Our analysts believe that current GPS systems remain vulnerable, and if utilized in the future, self-driving cars need to be 99.9% foolproof before the consumer base fully accept this automotive technology.  Wapack Labs will continue to follow and monitor any GPS disruptions or any cyber-attacks to navigation systems.