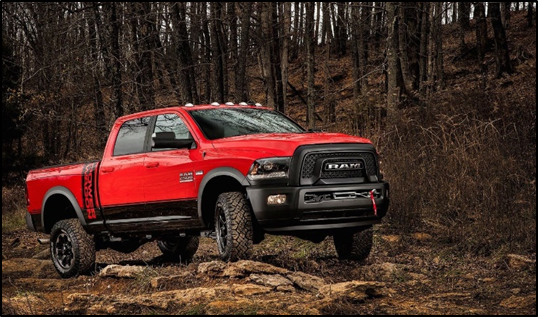 Many automakers are running fast and furious to make automatic driving cars and trucks.  This is the future.  But skeptics remain.  Especially in the insurance industry.  “I don’t buy into the autonomous vehicle thing. That is decades away, quite frankly,” Steve Smith, president and chief executive officer of Canadian based insurance company, Farm Mutual Re.[1]  I have a hunt camp north of Kingston (Ontario, Canada) and there is no way I am taking an autonomous vehicle down a road that you can’t drive down unless I am in a four-wheel-drive SUV. There’s no way it’s going to know where I am going,” said Smith.

Automatic driving cars was a hot topic at a recent conference hosted by the Insurance Institute of Canada and held at the Cambridge office of Farm Mutual Re and the Ontario Mutual Insurance Association.[2]  Many vehicles today have technologies (lane departure warning for example) that help the human drivers with some parts of the driving tasks. But having a feature like this does not mean the car is at Society of Automotive Engineers (SAE) Level 5, which means the vehicle can go at all times without human assistance.  Deloitte Canada questions whether vehicles in Canada will ever get to Level 5.  Despite the skepticism, the international automotive industry will continue to make progress on autonomous vehicles.

Ontario Provincial Police (OPP), Sergeant Gord Keen presented a conference segment on “Distracted Driving” and said that he rode in a fully autonomous car this past spring in Ottawa.  “I was scared, waiting for it to make a mistake,” said Keen. “When I was talking to the engineers, they said, ‘Don’t worry.   In your lifetime, there’s not going to be fully autonomous vehicles.’ They were all pretty adamant that regardless of what level they reach, that person in the car is still going to be in charge.”  An example of an automation feature available today is advanced cruise control, which slows the car if the vehicle in front has slowed down.  “Right now, with all these other things – you are still in charge of that car and the same thing is going to apply when we have autonomous vehicles; someone is going to have to be prepared to take charge if something fails because we know that technology is not perfect,” Keen said.

“The more technology we add into the cars, the worse drivers we are creating,” said Keen. “There are so many things in my car now that are supposed to protect you, everyone counts on that, instead of counting on their own driving skills.  Don’t count on your anti-lock brakes.  Don’t count on your lane-departure system, don’t count on your all-wheel-drive, count on your skills.  You see what’s happening, you can feel the road conditions are, you are the one in charge of that car.  Not all that other stuff.  It’s not going to save you.”

A future without drivers appears way off in the distance, regardless of current innovations.  Last year a self-driving car owned by Uber killed a pedestrian in Tempe, Arizona.  That accident put a damper on not only Uber’s testing, but the development of other autonomous vehicles, as popular sentiment shifted toward greater wariness.  Automobile companies quickly realized the high stakes that testing in populated areas might involve.[3]

Popular distrust is also hindering the widespread adoption of driverless cars.  Beyond worries about accidental collisions, security is a major concern.  No passenger wants to be in a car when the driver is subject to hacking (which is a true reality).  The US based American Automobile Association (AAA) found that 71 percent of Americans surveyed were afraid to ride in a fully autonomous car.  Industry experts suggest that this fear will decrease as people have more experience with these vehicles, but when and how most people will get that experience is not clear.

So, the bottom line is that if the insurance industry is not convinced that a Level 5 cars or trucks are safe, they will not insure, or the rates will be so high, the average owner/driver will not be able to afford the coverage.  Wapack Labs has recently reporting on hacking incidents and realistic theories on cyber disruption dealing with vehicles, traffic and safety.  We will continue to report on trends and continually search for cyber indicators of compromise against the auto industry.

For more information on this report or how to protect your network, please reach out to Wapack Labs at feedback@wapacklabs.com  or call us at 603-606-1246.