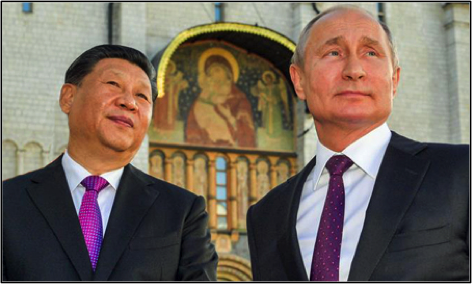 On 27 Dec 2019, the United Nations General Assembly approved a resolution proposed by Russia for the formation of an “ad hoc intergovernmental committee of experts to elaborate a comprehensive international convention on countering the use of information and communications technologies for criminal purposes.” The first meeting of this committee is scheduled for August 2020.

The US has objected to this effort, and many democratic countries have also spoken against this proposal yet is also backed by China. Western analysts have stated that this agreement, “is intended to establish a UN-endorsed standard that would permit the blocking of websites deemed critical of government authorities.” Human rights agencies have warned that, “given the Russian Federation’s efforts to expand government control over the internet, its leadership developing an international binding treaty on cybercrime deserves high levels of scrutiny.”

These concerns are driven by efforts under way in Russia to gain greater control over online content and stifle free speech. The “Sovereign Internet” law approved by the Russian parliament in February 2019 gives authorities a greater technical ability to track and selectively block information around the country. It would also allow the Russian network to be cut off from the external Internet and operate as a separate national network, "in an emergency.”

Russia appears to be patterning its control efforts on China’s efforts. The censorship regime known as the Great Firewall of China has been used to eliminate unwanted content and has been defended by the government through its promotion of the concept of “cyber sovereignty.” Both Russia and China appear to be intent on using the United Nations to create international cybercrime standards that would support cyber sovereignty and include criticism of a government as a crime.